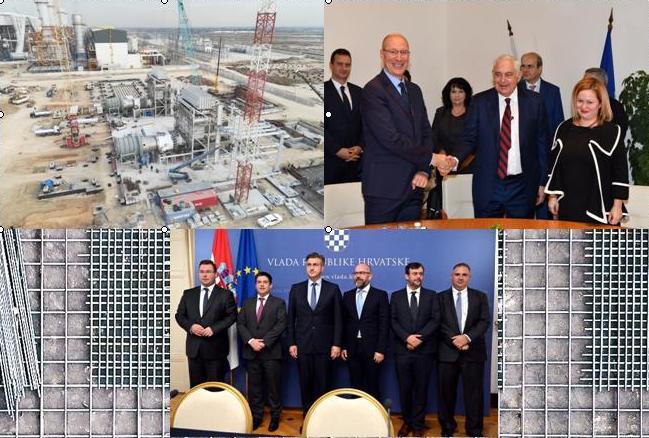 Signing of three new projects, worth over €740 million

Three new projects for AVAX SA worth €740 million raise its work-in-hand to €1.8 billion

The development plan of AVAX SA is at full swing, successfully concluding its bidding effort for new projects.

The Company signed on Wednesday, October 09 and Thursday, October 10 contracts for two energy projects and one infrastructure project.

Bismayah 3: The largest energy project ever won by a Greek company in international markets

The first contract signed pertains to the engineering & construction of a new power station in Bismayah, Iraq with an output of 1,650MW, worth €533 million, constituting the largest energy project ever to be won by a Greek company in international markets.

The project, which carries a 32-month deadline, was awarded by Mass Global Holdings, who are in the process of taking delivery by the Company of the engineering & construction of a similar 1,500ΜW in the same suburb to Baghdad. It should be noted that the 3,150MW aggregate output of “Bismayah 2” and “Bismayah 3” units awarded to the Company, correspond to 64% of the installed output of all natural gas-fired power units in Greece.

IGB: The complex project will connect the Greek section of TAP pipeline with the existing network of our neighbouring country

The Company signed with ICGB in Sofia, Bulgaria a contract for the project titled ”Engineering, procurement of materials and construction of the interconnecting pipeline between Greece and Bulgaria (IGB), worth €145 million. It is a complex project of top importance, as the IGB pipeline will connect the existing natural gas national grid in Komotini in northern Greece and the Greek section of the Trans Adriatic Pipeline (TAP) with the existing natural gas network near the Bulgarian city of Stara Zagora. The project has an 18-month term.

AVAX signed in Zagreb, Croatia a contract with the state roadworks authority (Hrvatske caste) for the construction of the Ston Bypass (DC414) motorway, more specifically the Sparagovci/Zaradeze-Prapratno and Prapratno-Doli sections, with a total budget of €68.8 million and a 28-month term. The project is located on the west coast of Croatia and includes the construction of an 18km-long national motorway section.

The project is assigned great importance by Croatia, offering access to the Pljesac bridge which is under construction, connecting the Dubrovnik area with the rest of Croatia, with no need to cross through Bosnia-Herzegovina.

These projects boost the group’s work-in-hand considerably, to around €1.8 billion, with some 85% of the total coming from international projects.

In view of the signing of the three contracts, AVAX group chairman, Mr Christos Joannou, made the following statement: “We are very gratified as the selection of our Company for the construction of those three projects is proof of our successful targeting and constitutes a multi-faceted vote of confidence (locally and internationally, alike) in our expertise and know-how in energy and infrastructure projects. We remain committed to expanding our presence in international markets and strengthening our position in the local market, pursuing our growth plan at full strength”.