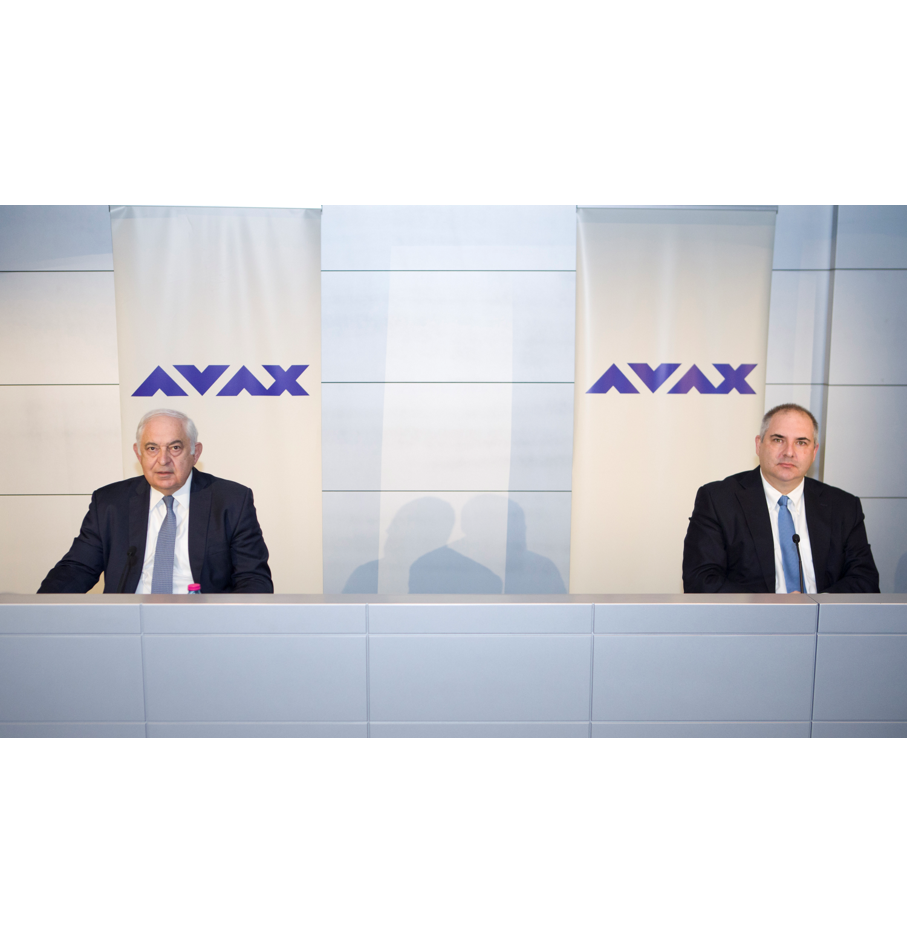 AVAX: The Group strengthens its footprint, eying large projects in the coming decade

AVAX’s management outlined its plans in a web-based press conference on Thursday, March 18, 2021. Management noted the successful moves in recent years in the local and international markets, presented its initiatives for modernizing the operations of the Group, rendering it one of the most dynamic players of the local construction sector, and also reported on how it tackled the covid-19 pandemic.

Making a review of the recent period, Group management stated that the past year presented a special challenge. Demonstrating flexibility and taking all necessary measures, the Group continued to pursue its activities smoothly in Greece and abroad. At the same time, in anticipation of the announcement of the 2020 financial results, management predicted that consolidated turnover will exceed €500 million, while EBITDA will reach €45 million. Work-in-hand, excluding Line Metro 4 and other contracts to be signed, amounts to approximately €1.1 billion.

As part of its new focus following shareholder shifts, the Group proceeded with restructuring moves to place emphasis on operational areas in which it intends to maintain its leading role, while utilizing the training of its human resources. Through this restructuring, four major operational areas emerge: infrastructure and buildings projects, energy projects, network projects and concession / PPP projects. In addition, the new organizational chart promotes to managerial positions a new generation of executives, coming from its company ranks. The stability in the company’s shareholding base was noted as the three main shareholders – the families of Joannou, Mitzalis and Kouvaras – maintain their position in the company over time, as evidenced by their moves in the capital increase completed a year ago.

As regards the absorption of funds of the Recovery Fund by our country, the company positively evaluates the efforts of the state to utilize the construction sector’s capacity to return to positive growth rates. In coming years, AVAX intends to use its experience and capabilities to maintain and increase its footprint in the sectors in which it operates. This includes its recent participation in the consortium VINCI Highways S.A.S – VINCI Concesiones S.A.S – Mytilineos, which is bidding for the concession of the Egnatia Toll Road.

Concerning the extension of Athens Metro Line 3, following the delivery of the first three stations within 2020, the project is evolving smoothly despite the unprecedented conditions of the pandemic. The dynamics and know-how of the consortium led by AVAX, made it possible to maintain the business continuity and the level of operation required in a project of this scope and is currently nearing the completion stage. Within the summer of 2022, the last three stations in Maniatika, Piraeus and the Municipal Theater are expected to be delivered.

As regards the Athens Metro Line 4, for which the company was declared lowest bidder, the contract is to be cleared by the Audit Council and the Parliament no later than the summer of 2021, so as to proceed to its signing. Upon signing the relevant contract, the design work begins, while construction works are estimated to start in early 2022. Regarding preliminary works for the project, they proceed at a fast clip, according to the company knowledge, and are expected to start by May.

Regarding the Group’s subsidiaries, it was noted that Company has a strong presence in the retail market of electricity and natural gas, as well as a total 300MW portfolio of energy projects in operation and development, of which 73MW is already in operation. Subsidiary AVAX Development, after the commercial success of the development in Limassol Marina, the company returns to the Greek real estate market, seeing this as a favourable juncture. The beginning will be made with the residential development of two properties, in Chania and Hellinikon.

As regards foreign markets, management presented the progress of works at the 1,650 MW power plant in Bismayah, Iraq, with a contract worth of €533 million. This is the largest energy project ever commissioned to a company of Greek interests abroad. AVAX has completed a similar plant, with a capacity of 1,500MW, in the same area.

Management also discussed the construction of the IGB gas pipeline, with a budget of €145 million, which practically redesigns the energy map of Southeast Europe. This is a project whose construction activity coincided with the first pan-European lockdown, at a time when constant cross-border movements were needed. Works for the construction of the pipeline are progressing at a fast pace and its completion is expected within 2021.

Regarding the Ston Bypass (DC414) motorway, with a total budget of €68.8 million, the company emphasized the importance of the project which will provide access to the Peljesac bridge, currently under construction, to connect the Dubrovnik area with the rest of Croatia, eschewing the need for transit through Bosnia – Herzegovina.

In coming years, the company will continue to bid select projects in international markets which it is familiar with, making use of the experience gained in large-scale industrial and energy projects.

During the event, Mr Konstantinos Mitzalis, CEO of AVAX, pointed out that: .“Despite the undeniably hard period of conditions unprecedented for all of us, the Group is in a new, positive era characterized by stability and growth. It’s something we owe to our human resources, due to their support and dedication to our vision. For the coming years, our goal is to be a flexible and even more reliable construction Group, which will support the country’s growth course “.